English language has “borrowed” words for centuries. English speakers may not be famous for being au fait with foreign languages, but all of us use words taken from other languages every day.

In that last sentence au fait is an obvious example, but famous, foreign, languages, use, and taken are also borrowed words. Knowledge of what is being borrowed, and from where, provides an invaluable insight into the international relations of the English language. Today English borrows words from other languages with a truly global reach.

It’s very hard to be precise about the boundaries of the vocabulary of any language, especially a global one like modern English. Every speaker of a language has a slightly different vocabulary. English speakers living in New Zealand are likely to be familiar with a wider range of words of Maori origin, like Pakeha, a New Zealander of European descent, aroha (sympathy, understanding), kia ora – a greeting or farewell. English speakers in Scotland may know more words of Scottish Gaelic origin, like cranachan, a type of dessert, pibroch, bagpipe music, Sassenach, Englishman. Dictionaries, even very big ones like the OED (Official English Dictionary), monitor those words that have some traction in English across the world. This sort of monitoring reveals some surprising trends. Although English is now borrowing from other languages with a worldwide range, the number of new borrowed words finding their way into the shared international vocabulary is on a long downward trend. The following chart shows the percentages of languages that English has borrowed words from their dialect. 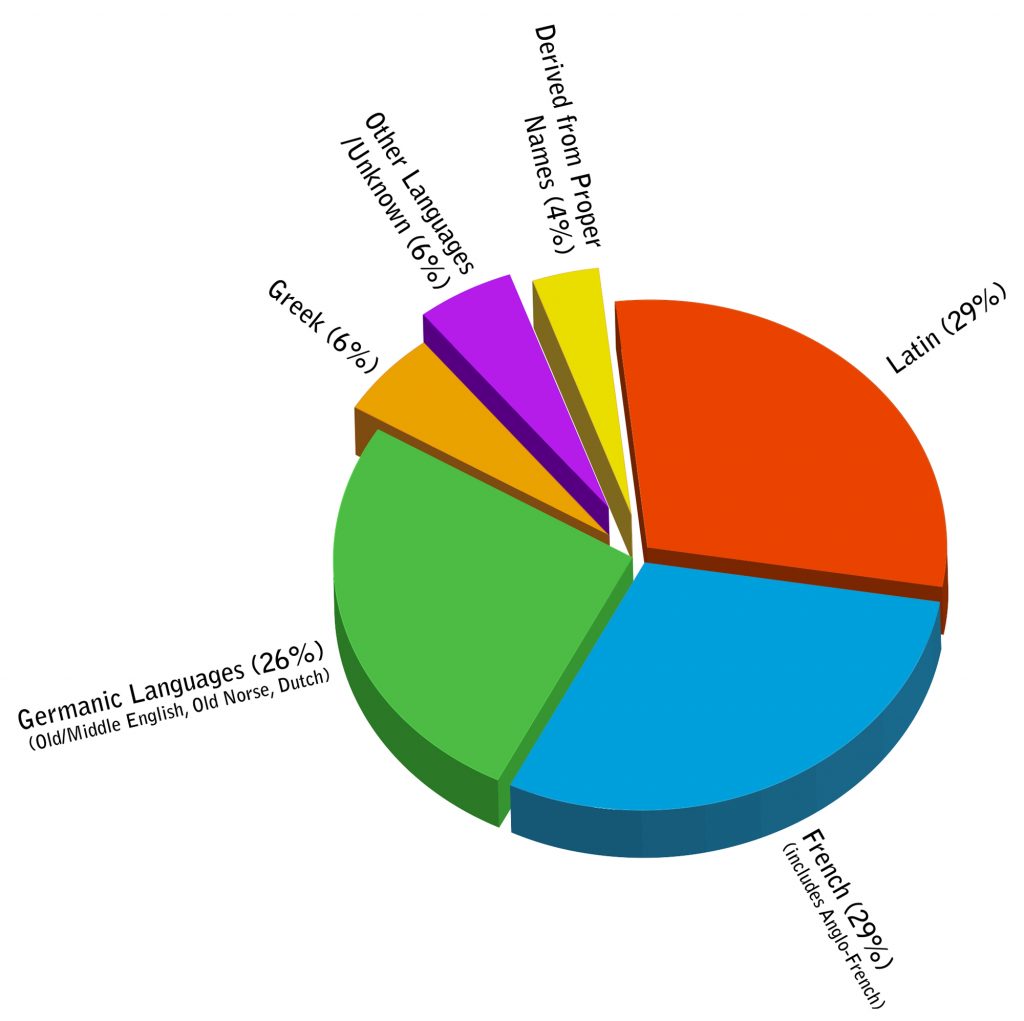 One big reason for this is the success of English as an international language of science, scholarship, business, and many other fields. If we think about words coming into English from foreign languages in the 18th and 19th Centuries, we may think first of the impact of colonialism and expanding trade. Words like jungle (1776), bangle (1787), yoga (1818), khaki (1863) came into English from languages of South Asia. But in many other cases new words slipped into English as a result of scientific coinages in other European languages. For example, oxygen reflects the French name oxygène that the scientists Lavoisier and Guyton de Morveau gave to the recently discovered element in the 1780s. The word is formed from elements that ultimately come from Greek, but it was coined in French and then borrowed into English.

Ultimately, patterns of borrowed words reflect complex patterns of cultural contacts across the centuries. Names of foods, plants, animals, and other features of the natural world are borrowed as part of the basic traffic between peoples in different parts of the world. Borrowings affecting other areas of the vocabulary typically follow the pathways of power and prestige between languages. English today may, for once, be more of a lender than a borrower. If we try to look decades or centuries into the future, who knows? 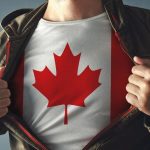 Canadian English: Does it even exist? 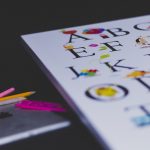 Learning a Second Language Is Easier for Children, But Why?